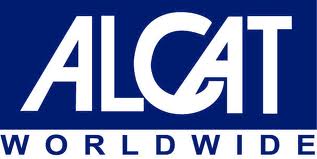 On May 30, 2014, the San Diego district attorney filed a criminal complaint charging Richard Loos, D.C., 43, a chiropractor, and his billing manager with 110 crimes, including multiple counts of insurance fraud, grand theft, and violations of Section 655.5, based on his submission of claims to health care plans for the ALCAT test, a comprehensive sensitivity/food intolerance blood test for reactions to over 350 foods and chemicals that Loos purchased from Florida-based Cell Science Systems for his patients. According to the government, Loos’s claims for the ALCAT test failed to disclose that he had purchased the test and instead falsely indicated that he had actually performed the test in his office by identifying himself as the provider and using a procedure code for the test performance. In addition, the government alleged that Loos had violated Section 655.5 by charging $7,250 for the ALCAT test even though he had only paid approximately $1,000 for each test, an illegal markup of more than $6,000.

While the ALCAT test has been the subject of controversy between providers and plans regarding its medical value, the government’s criminal case against Loos does not appear to challenge the test’s efficacy, but is instead based entirely on the chiropractor’s alleged fraudulent billing of marked up ALCAT tests that he did not perform.

Business & Professions Code Section 655.5 prohibits providers from charging for a laboratory test that they did not perform unless the provider (a) notifies the patient of the name, address, and charges of the laboratory performing the test, and (b) charges no more than what he or she was charged by the clinical laboratory which performed the test. A violation of this provision can lead to imprisonment and/or a $10,000 fine.

Section 655.5 does not prohibit the billing of all provider services associated with a purchased laboratory test. For example, a physician may charge a reasonable fee for the drawing and processing of the patient’s blood, or interpreting the test results because these are services performed by the physician for the patient that are separate from the test performance itself. However, providers must be very careful about billing for services associated with purchased tests because any errors could be viewed by the government tacking on an “additional charge” to the purchased test in violation of Section 655.5.

Health care providers facing criminal charges or plan overpayment demands relating to the alleged mark-up of purchased laboratory tests in violation of Section 655.5 need to understand the multiple legal and equitable defenses to such legal actions. Nelson Hardiman is glad to advise and defend providers who are facing investigations, demands, or legal actions based on their alleged violation of Section 655.5.