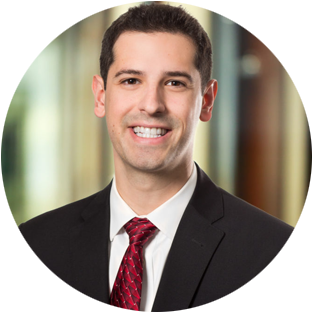 Astute scrutiny runs through everything Michael (Akiva) Newborn does. He brings this intellectual acuity to his healthcare litigation practice based on a strong background in research and analysis of legal issues. Akiva represents healthcare providers in state and federal court in a wide range of litigation matters, including the False Claims Act and the Anti-Kickback Statute. He also advises healthcare providers on regulatory compliance issues.

Since starting his legal career, Akiva has researched and drafted memoranda on topics related to medical malpractice, elder abuse, and health care regulations, including HIPAA, and ERISA. He has drafted pleadings, demurrers, motions to strike, discovery requests and responses, meet and confer letters, and mandatory settlement conference briefs. He is exceptional at writing motions, including motions in limine, motions to quash, and motions for summary judgment.

When he’s not advising clients on complex healthcare issues, Akiva teaches classes, gives lectures, and serves as chair of his synagogue’s inclusion committee aimed at making his synagogue more inclusive for individuals with disabilities.

Look before you leap – How to navigate the legal minefield of prepaid gift card programs.

Look before you leap – How to navigate the legal minefield of prepaid gift card programs.

Kickbacks in the Age of The Internet