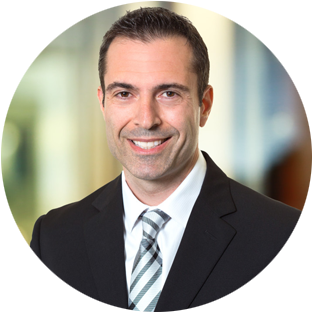 Before the law, Sal earned an undergraduate degree in Biology and a Master of Science degree in Physiological Ecology and served as a consulting biologist on public and private large-scale land development projects throughout San Diego, Los Angeles and San Bernardino counties. He brings the rigor and attention to detail gained through his life science background to his legal advocacy and representation of healthcare clients on highly technical and complex litigation and compliance matters.

A Litigator from the Start

Sal was a UCLA moot court honors member and represented UCLA in the 2006 Jessup International Moot Court Tournament. He also competed and placed in the finals of UCLA’s 54th Annual Roscoe Pound Moot Court Tournament, where he argued before a panel state and federal appellate court judges, including the Honorable Alex Kozinski of the Ninth Circuit Court of Appeals.

When not advising clients, Sal enjoys creating niche websites and traveling in search of rare and unusual flora and fauna.

Habitat and Population Status of the Arroyo Toad in the Rio Guadalupe, Baja California, Mexico

Physiological and Biochemical Zoology | The University of Chicago Press Journals