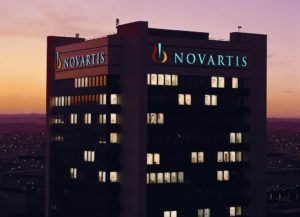 For the second time in just two years, Novartis Pharmaceutical Corp. is facing charges alleging that the company bribed physicians to prescribe its drugs. Just last year, Novartis coughed up $390 million to settle a case in which they were accused of providing illegal kickbacks to ramp up sales of multiple Novartis drugs.

In this case (U.S. v. Novartis Pharmaceutical Corp. in the U.S. District Court, Southern District of New York), the U.S. alleges that Novartis spent inappropriate funds on sham “educational” events, treating doctors to expensive meals and drinks without providing education on the drugs. The U.S. is requesting 80,000 records documenting these events to determine the extent of the deceit.

The federal government first passed the Anti-Kickback Statute as part of the Social Security Amendments of 1972. The criminal statute prohibits pharmaceutical companies from providing payment of any kind to physicians in exchange for prescribing their drugs to patients covered by federal health insurance. The government has continued to struggle to tamp down illegal kickbacks for decades, despite the existence of the statute.

“The government contends that violating the Anti-Kickback Statute exploits the healthcare system, drives up program costs, and hinders fair competition in the industry,” a writer for Beckers Hospital Review explains. “Kickbacks may also compromise the decision-making processes of physicians and hospitals in the form of patient steering.”

Novartis International AG is a multinational pharmacy based in Switzerland, and in 2013 its sales rendered it the number one ranking pharmaceutical company in the world. With annual revenue of about $50 billion, it’s a veritable pharmaceutical juggernaut; ensuring that a company of this scale cannot violate the Anti-Kickback Statute without steep consequences could set a powerful example for all pharmaceutical companies operating in the U.S.

Novartis claims that prosecutors have “exploded” the scope of the case, and that the events the U.S. alleges were fraudulent were, in fact, legitimate educational events. The company is hoping for a federal judge to protect them from having to hand over the requested documents. Novartis lawyers argue that providing the requested documentation would be “extraordinarily burdensome,” since some events occurred over ten years ago and the records are dispersed in the files of over 5,000 sales representatives.

United State attorneys, however, wrote to United States District Judge Hon. Paul G. Gardephe in response to Novartis’ (NPC) request for a protective order. “Not only has NPC failed to establish grounds for the issuance of a protective order,” the attorneys wrote, “it is evident that the Government is entitled to this discovery.”

In the same letter, they argued, “the Government is not seeking the underlying records for all NPC CV promotional events or even all allegedly sham events. Rather, it is seeking only a subset of the records, and it is hard to conceive of discovery more centrally relevant to the Government’s claims in this case.”

The documents requested of Novartis would reveal whether each event was fundamentally educational, who was in attendance, the amount of money spent on meals, and whether the event even occurred. Since they “go to the core issues in this case,” it is vital that Novartis not gain protection from revealing them.

Preventing illegal kickbacks has been a central concern for decades, so this case’s outcome carries immense significance for pharmaceutical companies, government, physicians and patients. Discovering whether Novartis defrauded government health plans of hundreds of millions of dollars is of vital importance for reducing future corruption in the American healthcare industry.