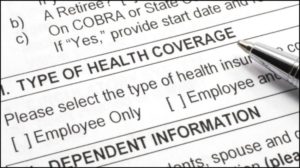 Providers that are not contracted with health insurers, also known as being “out-of-network,” frequently appeal denied claims to health insurers through the insurers internal appeal process. That process, unfortunately, can last months, even years. A recently issued opinion by the California Court of Appeal illustrates the dangers of getting bogged down in that process. In Dev v. Blue Shield of California, the court held that the two-year statute of limitations applicable to claims for quantum meruit (Latin for “as much as he or she has deserved”) began to run when the provider received the “Explanation of Benefits” (EOBs) which were an unequivocal denial of payment.

Dr. Dev provided medical services to individuals who had health care coverage through Blue Shield. Blue Shield refused to pay or agreed to pay only a small fraction of the amount billed by Dr. Dev, and communicated its coverage decisions in EOBs. Dr. Dev appealed to Blue Shield, seeking to increase the payments through Blue Shield’s internal appeal process. Dr. Dev filed multiple appeals which dragged on for years and which ultimately proved unsuccessful. Once he had exhausted the appeal process, he filed a lawsuit asserting a claim for quantum meruit, which sought recovery of the reasonable value of Dr. Dev’s medical services. This is a common cause of action for recovery brought by out-of-network providers when they do not want to, or are precluded from, suing as an assignee of the patient’s policy. Blue Shield defended against this cause of action in part on the ground that claims for quantum meruit (like claims for implied contract or oral contract) are subject to a two-year statute of limitations, and that Dr. Dev’s lawsuit was therefore barred by the statute of limitation because he waited more than two years after he had received the EOBs to file his lawsuit. The court agreed, and Dr. Dev’s case was dismissed.

The court rejected Dr. Dev’s argument that the statute of limitations began running not when he received the EOBs, but rather when he completed Blue Shield’s appeal process. According to Dr. Dev, the statute of limitations was “tolled” while he pursued the appeals, because Blue Shield invited him to make an appeal by presenting information that it might not have considered when it reached its initial claim determinations. However, accepting Dr. Dev’s theory, according to the court, would result in providers continuously appealing, thereby rendering the statute of limitations a nullity. The court acknowledged the “harshness” of its ruling, but nonetheless determined that Dr. Dev had full knowledge of the facts giving rise to his quantum meruit claim when he received the EOBs.

The lesson from Dev v. Blue Shield of California is that when providers receive unequivocal denials of their claims, they need to be aware that the clock is ticking on their right to bring a lawsuit against the insurer. This does not mean that providers should not appeal. They should, particularly given that failure to exhaust the appeal process could be a bar to their lawsuit in the event that they ultimately decide to file as an assignee of their insurer’s policy. However, while the claims are being appealed, providers also need to be analyzing whether a potential lawsuit would be more effective if brought under a common law theory of quantum meruit or promissory estoppel, which is subject to only a two-year limitations period. If so, then providers should try to obtain a “tolling” agreement from the insurer or, if the insurer will not agree, be particularly mindful not to get bogged down in an appeal process that appears to be headed nowhere (particularly given that the insurer may intentionally be dragging out the process in order to force the expiration of the limitations period). Two years may seem like a long time, but it goes quickly.