Mental Health Providers Alert: Be On the Lookout for Discriminatory Treatment By Insurance Plans! 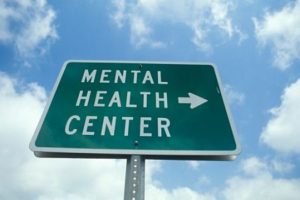 Mental health and substance abuse treatment providers must be aware of Parity Laws and tactics of Insurance Plans aimed at discouraging mental health treatment. This is an important nationwide issue, and has been highlighted by a recently-filed lawsuit in United States Court in New York against UnitedHealth Group (“the United case”).

Thus, the need for a balanced, fair and equitable spectrum of insurance and reimbursement for treatment of mental illnesses and substance abuse treatment cannot be underestimated. For years, insurers were routinely providing much less coverage for mental healthcare and substance abuse than for medical and surgical procedures and making it difficult for beneficiaries of mental health coverage to get approval for adequate treatment of serious psychological illnesses.

The first effort on the federal level to balance the terrain between medical and mental health benefits was the federal Mental Health Parity Act of 1996 (MHPA). The MHPA required that annual or lifetime dollar limits on mental health benefits be no lower than any such dollar limits for medical and surgical benefits offered by certain group health plans and health insurance issuers offering coverage in connection with a group health plan.

In 2008, the MHPA was largely superseded by the federal Mental Health Parity and Addiction Equity Act (MHPAEA), which, among other changes, extended mental health benefits to substance use disorder (“SUD”) treatment. The new federal law requires group health insurance plans (those with more than 50 insured employees) that offer coverage for mental illness and substance use disorders to provide those benefits in no more restrictive way than all other medical and surgical procedures covered by the plan. The Act does not require group health plans to cover mental health and SUD benefits but, when plans do cover these benefits, mental health and SUD benefits must be covered at levels that are no lower, and with treatment limitations that are no more restrictive, than would be the case for the other medical and surgical benefits offered by the plan.(2) The 2008 MHPAEA became known as the “Parity Act” with its enactment in 2009.(3)

Despite the provider and consumer protections afforded by the federal and state Parity laws, there is widespread concern that health plans continue to improperly discourage mental health and substance abuse treatment. Patients and health care providers report that denials of mental health coverage are commonplace. Unduly burdensome health plan approval procedures may deter treatment, and patients are often forced to settle for less appropriate treatment or appeal denials of coverage for care within their health plan.(5)

The pending United case filed in federal court in New York highlights that the battle to keep health plans in line with the legislative intent and the provisions of the Parity Laws is heating up. In the United case, the New York Psychiatric Association and mental-health patients are alleging that the insurer has maintained “unjustifiably stringent medical-necessity criteria and pre-authorization requirements for mental-health services.”(6) The United Case: In Re: New York State Psychiatric Assn Inc., Michael A. Kamins, Jonathan Denbo and Brad Smith vs UnitedHealth Group was filed in the Southern District of New York on Monday, March 11, 2013. It includes allegations that United, the nation’s largest health insurance company, has violated the Federal Parity Act, ERISA rules, the Affordable Care Act, New York state laws, and others in their practices with regard to elimination and reduction of healthcare benefits for mental illnesses and discouragement of mental healthcare.(7)

The outcome of the United case and others could bring to light the various tactics health plans may be using to avoid strict adherence to the provisions and spirit of the Parity laws. Lawsuits such as the United case should be followed closely, and all Mental Healthcare and Substance Abuse Providers would be wise to educate themselves and keep current on the Parity laws and any attempts by health plans to deprive their patients of optimum mental, behavioral and substance use treatment. Please feel free to contact Nelson Hardiman for more information concerning insurance coverage and reimbursement of mental health benefits.
John A. Mills, Esq. is an attorney with Nelson Hardiman, LLP