UnitedHealth Group’s decision to end some out-of-network coverage caught providers by surprise, with many speculating the move is part of a broader set of policies by the nation’s largest insurer aimed at controlling costs and lowering provider reimbursement. Starting July 1, UnitedHealthcare no longer pays out-of-network claims when fully insured customers seek non-emergency care outside of their local coverage area. Patients seeking treatment from “step down” facilities away from where they live, including skilled nursing homes, residential treatment facilities, inpatient rehabilitation programs and more, are subject to the new rule. Coverage areas typically include the entire state and surrounding states where patients reside.

“Anyone currently receiving treatment will be allowed to continue their treatment without disruption,” a UnitedHealthcare spokesperson wrote in an email. The company instituted the change as a way to reduce costs and improve quality care, according to the spokesperson. United rolled out the policy to a select number of fully insured employer plans and individual market health products, which must fully adopt the new restrictions by mid-2022. The insurer notified providers of the new policy in June, just days before CMS published an interim final rule implementing the surprise billing protections President Joe Biden enacted this year. “Over the course of a couple of days, we just started getting call after call from people freaking out about it,” said Zachary Rothenberg, a partner at the Los Angeles-based law firm Nelson Hardiman, which represents a number of behavioral health providers. “The rumor mill, as you can imagine, is hot.”

Healthcare providers are worried about the short-term impact on their patients, since the rescinded coverage affects those who currently are in facilities and have received pre-authorization for treatment, as well as the long-term impact on their revenue and the precedent it could set for other payers, Rothenberg said.

In the case of substance use disorder, patients frequently leave their coverage areas for treatment, because removing themselves from their current environments can result in better clinical outcomes, Rothenberg said.

Limiting patient options presents serious problems for people who need care, Rothenberg said. Nearly 120 million U.S. residents live in areas with shortages of mental health providers and only 27% of the population lives in counties with an adequate supply of mental health professionals, according to a 2020 report by the Kaiser Family Foundation. Many substance use disorder providers are clustered in specific areas, like southern California or Florida, Rothenberg said.

There’s no precedent to the new United Healthcare limits on out-of-network care based on geographical location, Rothenberg said. What’s more, United Healthcare can continue telling its employer clients that it provides out-of-network benefits and potentially offer them lower premiums even as it denies coverage to policyholders. The company currently is appealing a landmark behavioral healthcare case, Wit vs. UnitedHealthcare Insurance Company. A lower court ruling requires the insurer to reprocess 67,000 behavioral health claims and rewrite its coverage policies around behavioral health and substance abuse treatment.

“I would expect them to be chastened by that, but they’re really taking it even to an or more extreme level here,” Rothenberg said. “We don’t know if other major payers are watching and going to follow suit and if this is just the tip of the iceberg.”

The timing of UnitedHealthcare’s policy change can be credited to the rise in opioid misuse during the COVID-19 pandemic, said Bob Poznanovich, vice president of business development at the Hazeldon Betty Ford Foundation, based in Center City, Minnesota. Insurers also saw increased costs associated with profit-seeking rehab facilities increasingly partnering with “brokers” who identify and prey on prospective patients with insurance, with the aim of admitting those vulnerable individuals to their partner facility, he said.

“There have been fraudulent illegal, unethical providers that have emerged, many of which are emerged during the opioid epidemic, to take advantage of what they thought was the gold rush,” Poznanovich said The new United Healthcare policy could actually benefit patients because it ensures they only be seen by providers practicing evidence-based treatment, which will ultimately lower their cost of care, Poznanovich said. Out-of-network facilities can be twice as expensive for payers and patients and result in care that is half as good as in-network providers, he said.

But by limiting patient choice, the insurer could saddle patients with bills for treatment that reach tens of thousands of dollars each week, said Caitlin Donovan, a spokesperson for the Washington-based National Patient Advocate Foundation. Bills for out-of-network services tend to be the largest among those patients submit to the foundation for assistance, she said.

The surprise billing regulation is the real reason for United Healthcare pulling back on out-of-network coverage, Donovan said. The rule bars surprise billing for emergency services and prohibits out-of-network charges for ancillary services, like those provided by anesthesiologists or assistant surgeons, along with other out-of-network charges when patients aren’t given advance notice. “With this new law, if they didn’t have this policy in place, they would then have to go in and bargain with those providers to get to a reasonable fee,” Donovan said. “That might be the whole problem.”

The insurance giant has been making bigger investments in providers and technology with an eye toward controlling costs.

By the end of the year, UnitedHealthcare aims to employ 56,000 physicians, making it the reportedly the largest physician employer in the nation. The company has also invested inNaviguard, which it describes as its “lead out-of-network offering” that employers can use to resolve disputes with providers. UnitedHealthcare developed Naviguard as an in-house replacement for MultiPlan, which brands itself as a healthcare cost-management company.MultiPlan is named in the Wit lawsuit suit as working with UnitedHealthcare to cover patients’ claims at below-market rates.

United Healthcare’s new out-of-network policy also allows it to pressure providers to join its networks and accept its reimbursement rates, said Adam Block, a health economist and founder of New York-based Charm Economics. “Providers are going to have to negotiate more in-network rather than use the out-of-network as leverage, because patients will no longer get a benefit of being able to go out-of-network, at least in some circumstances,” Block said.

The lines between self-insured and fully-insured policyholders continue to blur as the markets for them overlap. More smaller employers are choosing to self-insure, for example. Because of this, United Healthcare could face increasing pressure to reduce premiums for both blocs of business since the two types of plans are now competing with one another, Block said. The growing number of insurtech startups on the individual market could also be intensifying United Healthcare’s focus on cost-cutting, he said. “There will be more competition,” Block said. “What that means is an organization like United has to work harder to keep its business. This could be a response to that.”

We invite you to contact us with any additional information you have obtained regarding this important matter.  Please stay tuned for further developments.

*This article is provided for educational purposes only and is not offered as, and should not be relied on as, legal advice. Any individual or entity reading this information should consult an attorney for their particular situation. 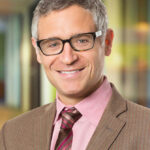