Nelson Hardiman Partners Honored as Best Lawyers in America for 2017 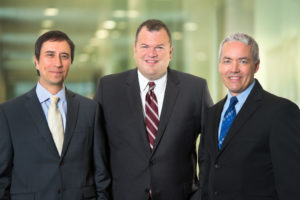 Nelson Hardiman is proud to announce that several partners were selected by their peers for inclusion in The Best Lawyers in America® 2017.  This is back to back years as award recipients for both John A. Mills and Mark Hardiman; Harry Nelson has received the distinction annually since 2011.

Since it was first published in 1983, Best Lawyers has become universally regarded as the definitive guide to legal excellence. Corporate Counsel magazine has called Best Lawyers “the most respected referral list of attorneys in practice” based on its exhaustive peer-review survey in which leading attorneys assess the abilities of other lawyers in their practice areas. Because lawyers are not required or allowed to pay a fee to be listed, inclusion in Best Lawyers is considered a singular honor. We congratulate Harry, Mark and John on this distinguished honor and look forward to their continued success with the firm.