Does The Ninth Circuit’s Decision In Spinedex Give A Green Light To Out-Of-Network Co-Pay Waivers? 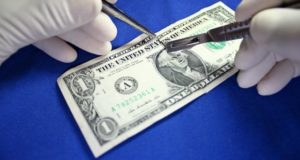 Healthcare providers who are not contracted with commercial health insurance plans frequently want to know whether they can waive, discount or forgive their patients’ out-of-pocket costs, such as deductibles and copayments. Given the high deductibles that patients are often faced with for accessing their out-of-network benefits, non-contracted providers are put in the dilemma of either agreeing to accept less than the full unmet deductible or potentially losing the patient to an in-network provider. Health insurers have long challenged the efforts of non-contracted providers to increase patient volume by discounting or waiving all or part of the patient’s out-of-network cost-sharing obligations. Some insurers have even filed lawsuits against non-contracted providers on the basis that so-called “fee-forgiveness” is a fraudulent and illegal inducement to steer patients away from the insurer’s plan network.

On November 5, 2014, the Ninth Circuit Court of Appeals issued a ruling that the out-of-network provider community is hailing as a significant victory in their ongoing dispute with health plans and insurers over the issue of waiving copays and deductibles.

In Spinedex Physical Therapy v. United Healthcare, Spinedex provided physical therapy services to patients who were beneficiaries of health plans governed by the federal Employee Retirement Income Security Act of 1974 (“ERISA”). Each of Spinedex’s patients signed an assignment of benefits assigning the patient’s rights and benefits under the health plan, and each patient signed a form acknowledging that the patient was responsible for Spinedex’s charges, including any amounts not covered by the patient’s health plan. United Healthcare (“United”) acted as the claims administrator for the health plans. After United failed to make payment on a number of Spinedex’s claims, Spinedex sued United and the health plans in federal court seeking recovery of benefits under ERISA. Spinedex sued as its patients’ assignee, because under ERISA healthcare providers do not have their own direct right of action for recovery of plan benefits under ERISA.

United argued that Spinedex’s case should be dismissed because Spinedex never collected any of its charges from the patients. United and the health plans relied on a doctrine of law known as “standing.” Article III of the U.S. Constitution requires that a plaintiff has standing to sue, meaning that the plaintiff has suffered some “injury in fact.” United argued that Spinedex had no standing because, as its patients’ assignee, Spinedex’s injury was limited to the injury suffered by the patients. Because the patients never paid out of pocket due to Spinedex’s failure to balance bill them, then the patients did not have any injury to assign to Spinedex.

The trial court agreed with this Article III standing argument, and dismissed Spinedex’s lawsuit. The Ninth Circuit Court of Appeals, however, does not agree and has reversed the trial court’s decision. According to the Ninth Circuit, Spinedex still suffered “injury in fact” for the purpose of establishing Article III standing because Spinedex had the right to seek payment from the patients as a result of the patients’ agreement to be responsible for Spinedex’s charges. In the court’s words: “The fact that Spinedex has chosen not to seek payment from its assignors, despite its contractual right to do so, does not mean that Spinedex has no right to recover benefits under the Plans from Defendants. It means only that Spinedex has decided not to pursue its legal rights against its assignors. […] As assignee, Spinedex took from its assignors what they had at the time of the assignment. At the time of the assignment, Plan beneficiaries had the legal right to seek payment directly from the Plans for charges by non-network health care providers.”

The Ninth Circuit’s holding in Spinedex unquestionably establishes that non-contracted providers holding valid assignment of benefits and agreements of financial responsibility from their patients have the right to sue for plan benefits under ERISA. However, can providers use the Ninth Circuit’s decision as a shield against lawsuits by health insurers alleging that the providers wrongfully waived the patient’s copays and other cost-sharing obligations? Does the Ninth Circuit’s decision mean that health insurers cannot enforce provisions in the insurance policies which purport to exclude coverage where the patient has not made any payments for the provider’s charges? Unfortunately, Spinedex does not directly address these questions.

Nelson Hardiman cautions providers against reading the Spinedex holding too broadly. Providers should keep in mind that the court’s holding was limited to the issue of Article III standing to sue. There is no indication in the Ninth Circuit’s opinion that United denied Spinedex’s claims because of its failure to balance bill or collect from patients, so the Ninth Circuit did not need to address the issue of whether a health plan is entitled to deny claims, or assert overpayments, on the basis of fee-forgiveness. Nonetheless, when Spinedex is read in conjunction with other cases from other jurisdictions concerning these issues, it certainly appears that Spinedex is supportive, even if not determinative, of the position that providers with assignments of benefits cannot be denied plan benefits so long as they have the contractual right to balance bill the patients, regardless of whether the providers choose to actually do so. In short, Spinedex reinforces how important it is that non-contracted providers have their patients sign the right intake documents.

For more information on legal strategies for maximizing reimbursement from health plans, please feel free to contact John A. Mills at [email protected]