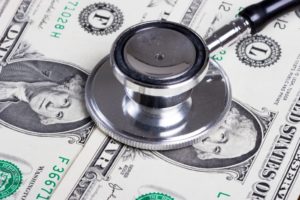 It is not uncommon for providers to receive notification from an employer-sponsored health plan subject to the Employee Retirement Income Security Act of 1974 (ERISA) alleging that the plan has overpaid the provider and that the provider must immediately repay the plan. In some cases, the plan will start recouping amounts they claim are owed by withholding payment on other, unrelated claims. This can be a frustrating experience for providers, particularly where the plan does not adequately explain the details of the alleged overpayment or the available procedures for challenging the overpayment determination. Providers need to be aware of their rights under ERISA to have a full and fair review of the plan’s request for repayment.

It is well-settled that when a plan subject to ERISA makes an “adverse benefit determination,” such as an initial denial or underpayment of a claim for benefits, the plan must provide the following:

1. an explanation of the specific reasons why the claim was not paid in full;

2. a reference to the specific plan provisions upon which the plan relied for the denial, and a copy of the plan;

3. a description of any additional information that the plan needs in order to pay the claim;

4. a description and copies of any internal rules, guidelines, protocols or criteria that the plan relied upon in denying the claim;

5. an adequate explanation of the plan’s review and appeal procedures for the denial, including any available external appeals.

These requirements, which are set forth in regulations promulgated by the Department of Labor (DOL), are often difficult for the plans and their administrators to follow. If these requirements are not met, the provider may be able to proceed directly to court rather than having to submit to the plan’s internal appeal procedures. Providers who have received an assignment of benefits from the patient can force the plans to satisfy their obligations under these regulations, thereby obtaining significant leverage in a coverage dispute. Providers’ leverage in this regard is expected to strengthen, because the specific details of the above requirements have become even stricter under the Affordable Care Act (ACA) passed in 2010. Furthermore, under the ACA, the DOL’s appeal regulations have been extended to health insurance policies issued directly by commercial health insurers.

What is not yet settled in the law is whether an “adverse benefit determination”, as defined by ERISA, also includes an overpayment demand. Health plans and their administrators have argued that an overpayment demand is not an adverse benefit determination, and therefore not subject to ERISA’s stringent notice and review requirements, because the plan is simply asserting a state law right to recover payments it made as a result of the provider’s misrepresentation, fraud or billing discrepancies. Some courts have been receptive to this argument. For example, in Tri3 Enterprises, LLC v. Aetna, Inc., the United States District Court for the District of New Jersey recently held that ERISA did not apply to Aetna’s post-payment audit determination that it had overpaid claims due to the provider’s improper coding.(1) According to that court, Aetna’s overpayment demand did not implicate a coverage decision under the employer-sponsored health plan, but rather arose in the context of fraud prevention and recovery under state law. In contrast, the United States District Court for the Northern District of Illinois recently held, in Pennsylvania Chiropractic Association v. Blue Cross Blue Shield Assoc., that the plan’s overpayment demands were essentially equivalent to a denial of benefits, and therefore constituted adverse benefit determinations which triggered notice and review rights under ERISA.(2)

The Department of Labor has weighed in on the issue in favor of providers. In support of the provider’s appeal to the United States Court of Appeals for the Third Circuit in the Tri3 Enterprises case, the Department argued in an “amicus” brief that its regulations promulgated pursuant to ERISA apply “to all denials of benefits, whether made initially or after further review, and whether the benefit was initially granted or denied on other grounds.” According to the Department, the fact that the plan or its administrator is attempting to rectify a wrongful grant of benefits arising from an alleged fraud prevention program does not take the dispute out of the purview of ERISAs’ claims regulations. The Department’s support for the providers on this issue is expected to influence the Court of Appeals decision in the Tri3 Enterprises case, which will likely be issued in late 2013.

Regardless of how the Court of Appeals rules in Tri3 Enterprises, providers should be aware of their rights under ERISA when they receive either an initial denial or a post-payment, retroactive denial. Providers who receive demands for repayment should carefully consider whether the repayment demand complies with ERISA’s requirement for full and fair review. If it does not, then the provider may have grounds to file a lawsuit against the plan. Furthermore, the provider should put the onus on the plan to comply with the stringent ERISA regulations during the course of any internal appeals, including by requesting copies of documents that the plan relied on to assess the overpayment. For more information on ERISA claims procedures and providers’ rights to challenge overpayment, please feel free to contact Nelson Hardiman.