In the last 25 years, 38 states have enacted statutes legalizing medical marijuana use.  In addition, since 2012, 18 of these states have also permitted recreational “adult use” marijuana for adults 21 and older. For clinicians, marijuana’s medical potential is expansive. A broad body of research supports the promise of adaptation of the plant’s various active compounds for numerous therapeutic uses, including as a muscle relaxant, anticonvulsant, anti-inflammatory, or to treat hypertension, nausea, poor appetite, and other ailments. The discoveries related to endocannabinoid receptors within the human body holds out enormous potential for medical benefits. For patients caught in the nexus between pain management and opioid addiction, cannabis-based medicine may in the future offer a safer, viable alternative with lower risk than opioids.

At the same time that pathways for medical research and medical uses of cannabis have grown, the expansion has been far outpaced by non-medical use of marijuana. Public attitudes have become dramatically more marijuana-friendly, while the medical community has seen relative few breakthrough advances and increasingly become more leery of negative aspects of cannabis use. At one time, the medical community hoped that cannabis legalization would lead to the development of meaningfully better delivery systems replacing the carcinogenic risk of smoking and more specific compounds capable of careful dosing and titration. Unfortunately, 25 years after the push for legalization began (with the 1996 Compassionate Use Act in California), the vast majority of available cannabis product are far away from the exacting reliability that medical use demands —where, as with FDA-approved medications, everything from purity to potency to titration is tightly monitored and controlled.

The physician community also has expressed reservations about marijuana vaping and “edibles.” In early 2020, the CDC stepped up its monitoring of EVALI, a severe (and sometimes deadly) pulmonary injury linked to vaping and e-cigarettes. Overshadowed by the Covid-19 crisis, EVALI has so far garnered limited public attention. As to edibles, an instructor at Harvard Medical School summed up his  frustration, “If we wouldn’t put ibuprofen into a candy, why would we put a psychoactive substance like THC into [a gummy bear] or a chocolate bar?”

Meanwhile, cannabis researchers face numerous challenges and barriers when it comes to expanding the pharmaceutical applications of cannabis. Broad regulatory restrictions, including the classification of cannabis under the Controlled Substances Act as a Schedule I substance, continues to dampen research and experimentation among academic institutions and research hospitals. They also curtail government-funded grants and discourage pharmaceutical investment. In addition, scientists in the United States must contend with numerous technical challenges. As a consequence of the failure of the FDA to regulate cannabis products and to defer to the states, the cannabis marketplace lacks the regulatory standardization conducive to product uniformity. As such, scientists have difficulty obtaining the quality, quantity and type of cannabis products best suited to their research aims. Although, between 1985 and 2018, the FDA granted approval to four Cannabis-related drugs: Marinol, Syndros, Cesamet, and Epidiolex, these drugs have not been transformative in their impact. Basic availability and demand are constrained by FDA dosage quotas, limited manufacturing, and a general ban on advertising. Additionally, the medications themselves do not eliminate cannabis’ psychoactive effects that impair (or alter) normal cognitive function. This makes the current choices unsuitable for many patients.

Reviewing this quarter-century of experience with cannabis, where adult recreational use has thrived and medical advances have languished, it is impossible not to wonder what the future holds as the era of psychedelic decriminalization arrives.  Multiple states have efforts underway to decriminalize psilocybin, with an eye on additional psychoactive psychedelic drugs. In 2020, Oregon voters made their state the first in the country to decriminalize psilocybin for therapeutic use. Numerous counties and cities have followed suit, though these efforts are less impactful since licensure of physicians who might be involved with psilocybin occurs at the state level. 2022 is likely to see California and several other states enact psilocybin decriminalization. Preliminary research suggests that psilocybin can provide substantial relief for those suffering from severe depression as well as those with PTSD. Like marijuana, psilocybin remains a Schedule I controlled substance.

As with cannabis, the early discussion, underway across the country, focuses overwhelmingly on the foregoing medical use of psychedelics and their promise. At the same time, there is little doubt of a public appetite for adult use, recreational, psychedelics to follow close behind. For the medical and bio-pharma research community, there is legitimate reason to worry that psychedelics may follow the path of not realizing the full medical opportunity for the same reasons and being “swamped” by adult use. As with cannabis, the FDA’s reticence to regulate and the primary role of the states may discourage rigorous pharmaceutical research and the potential development of psilocybin-based prescription drugs. If this occurs, we may lose the full scale of the therapeutic opportunity in favor of a “do-it-yourself” world of recreational psychedelics.

However, there may be some reasons to be more optimistic that the psychedelics trajectory will be different than cannabis. In 2019, the FDA granted psilocybin a “breakthrough”  designation status, which permitted its study for potential therapeutic uses. In late 2021, John Hopkins received the first federal grant for psychedelic treatment research in fifty years. As to marijuana, at the federal level we have arrived at familiar crossroads. In late March 2022, the US Senate unanimously passed a bill intended to expand scientific and medical research for marijuana and its respective compounds. Dubbed the “Cannabidiol and Marijuana Research Expansion Act”, the goal of the new bill is to reduce regulatory barriers associated with cannabis research, and thus pave a path toward the development of FDA-approved drugs derived from Cannabis. The bill has been vocally endorsed by the American Medical Association and other medical lobbies.

Meanwhile, efforts to end the bizarre dichotomy of state legalization and federal criminalization are getting stronger. On April 1, the House passed a bill (H.R. 3617) to federally decriminalize marijuana. The legislation would retroactively expunge the record of persons convicted of non-violent cannabis-related crimes. While the bill does not address the need to “normalize” cannabis in terms of FDA regulation (instead giving state officials sanction to permit (or ban) recreational or medicinal use of marijuana as each jurisdiction sees fit), it represents a step forward. Regarding the majority of states, which have already passed legislation permitting marijuana use in one form or another, such states would no longer be in contravention with federal law.

While the resolution of this longstanding conflict between state and federal law may come as a blessing to the community seeking serious medical applications and research of cannabis, it also holds promise for a stronger foundation for clinical usage and research on psychedelics.

*This article is provided for educational purposes only and is not offered as, and should not be relied on as, legal advice. Any individual or entity reading this information should consult an attorney for their particular situation.* 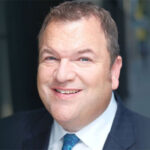 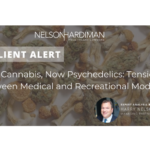